Banja Koviljača is one of Serbia’s top-quality spas and among the oldest and most visited sanatoriums. It has thermal mineral water and peloid (healing mud) which successfully cure rheumatic conditions, disorders of skeletal structure, discus hernia, osteoporosis, post-traumatic states, slight damages of the central nervous system, obesity, sterility, along with some gynecological and skin diseases. Specialized Rehabilitation Hospital Banja Koviljača is an elite medical institution specializing in physical therapy, ministration, diagnostics, and prevention offering inpatient and outpatient treatment. Within the hospital, there is a special Children’s Rehabilitation Department, the first of its kind in Serbia. In Banja Koviljača tradition and contemporary scientific achievements interact for the benefit of human health. Wellness Center “Kovilje” is also a part of Special Hospital’s offer.

Spa’s park, which spans over 40 ha with surrounding woods, is the second largest in Serbia and has a monumental fountain at its center. Kur-salon, entertainment hall considered to be the symbol and the most impressive building in the spa, was built in 1932 by order of King Aleksandar Karađorđević. This fact explains why Banja Koviljača is sometimes called “King’s Spa”. People gave it one more name, “The Beauty of Podrinje”, thanks to the gorgeous nature surrounding it. Other notable constructions that should be noted are the Sulfur Bathroom of King Peter the First, Mud Bath Pavilion, and spa villas called Herzegovina, Dalmatia, Bosnia, Koviljača, and others which are among the 80 protected ones keeping both secrets and spirit of the bygone times. 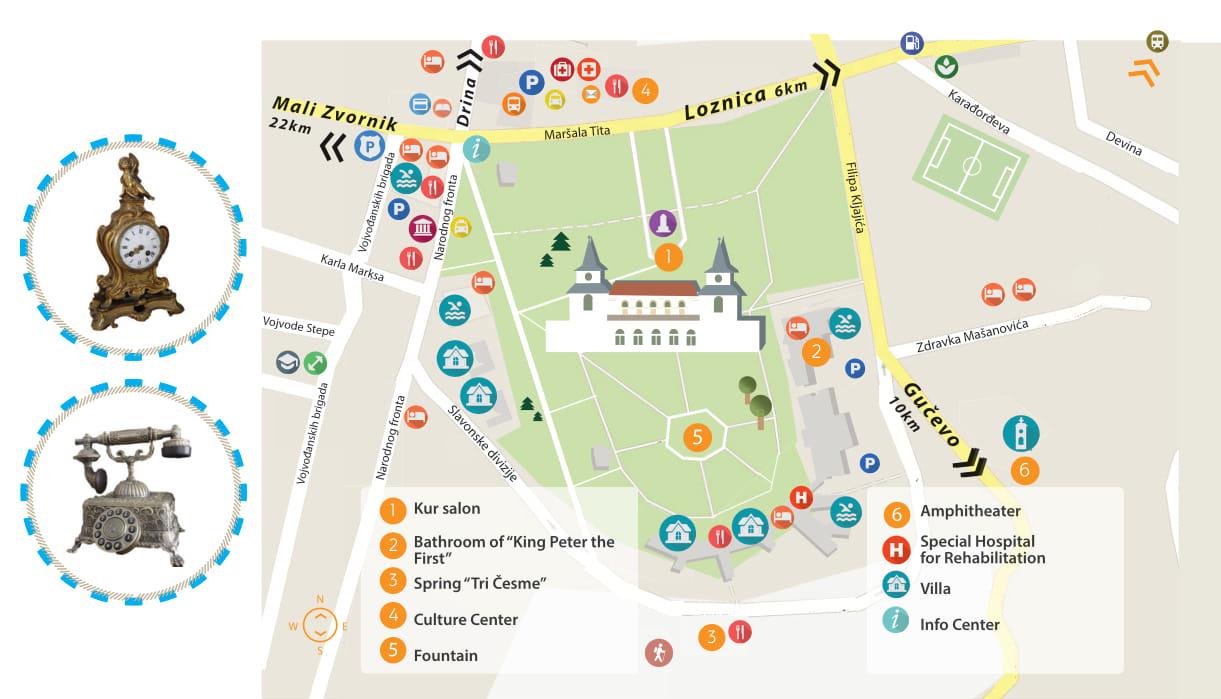 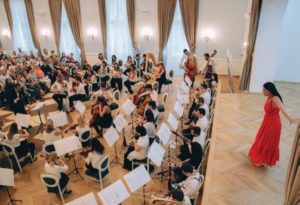 We should mention congress tourism as well since the popularity of business meetings taking place in Banja’s numerous well-equipped conference halls is growing.

It’s a less known but exceptionally healthy spa 33 km away from Loznica and a perfect place for all those who want to find peace away from city hustle bustle. Its healing water is rich in iron and sulfur used for healing by bathing and drinking. Disorders of locomotive apparatus, rheumatism, psoriasis, and sterility are cured in the spa.